You are here:
Spiders 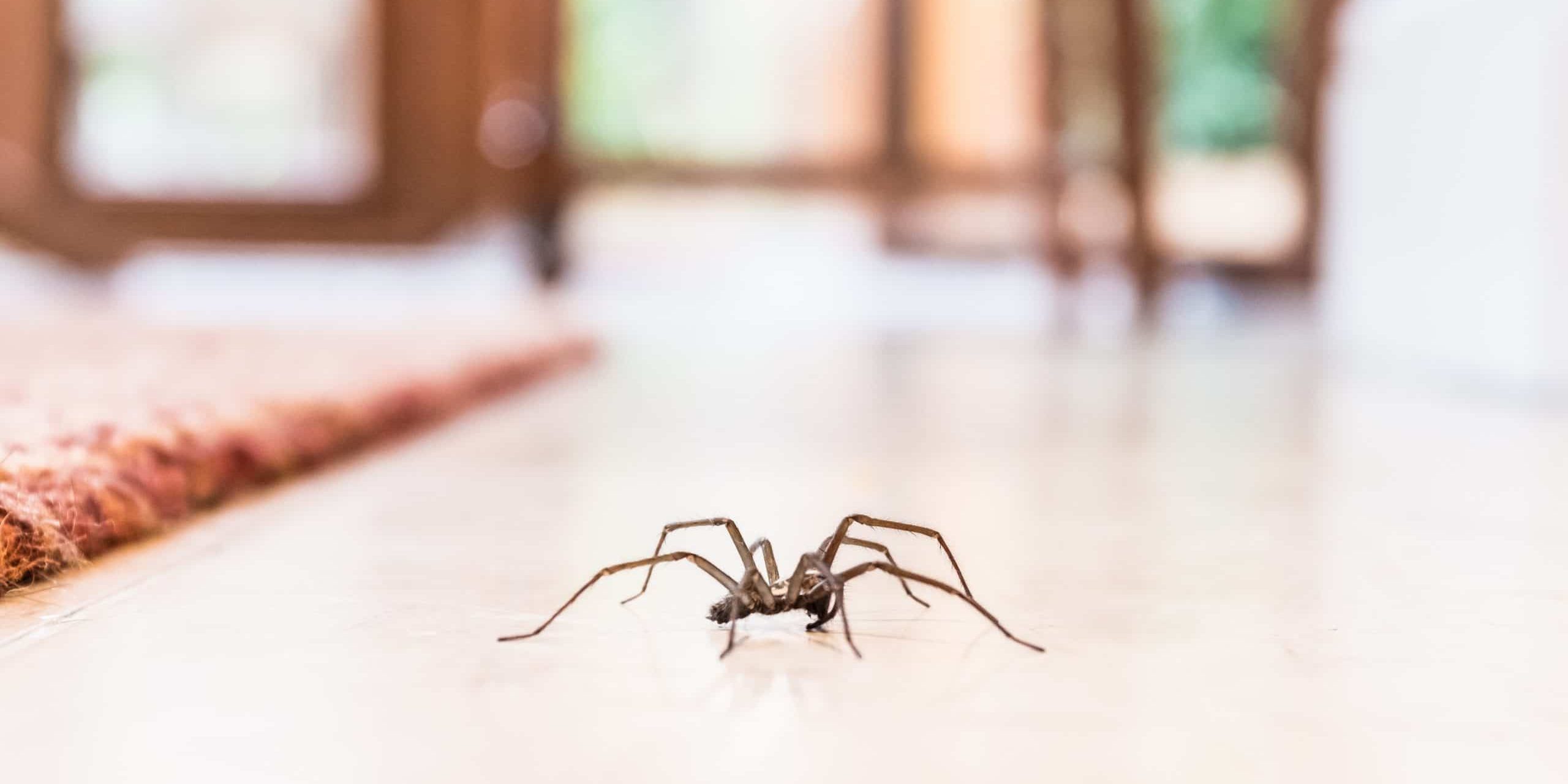 Spiders can be disturbing when they’re in your house, but most are harmless. Even spiders that can bite people tend not to be aggressive unless accidentally disturbed or cornered. If you’re seeing spiders in your home, knowing the type of spider and what behaviors to expect from it can help you decide what action to take. If you want to get rid of existing spiders, consider contacting a local pest control company to remove any unwanted intruders in your home.

Yellow sac spiders are usually found in gardens during the growing season. They come indoors in fall when the air gets crisp and cool. They’re sometimes confused with brown recluse spiders and can take on a brownish, yellowish, or greenish color. Yellow sac spiders get their name from the “sac” where they live – they do not make webs like other spiders. These spiders are nocturnal and only come out of their sac at night.

These venomous spiders can bite people, but will more often run away when people are near. Their bite is sometimes mistaken for a brown recluse bite because the reaction can seem similar. However, a bite from a yellow sac spider is not usually as bad as a brown recluse spider.

If you are bitten by a yellow sac spider, it will sting badly at first, similar to a sting from a hornet. The area will likely become raised and red, and may eventually blister. You may feel ill. If you have an allergy to stings or bites, seek medical attention right away. Elevate the bite, put ice on it, and seek medical attention if the symptoms get worse.

Wolf spiders can be very scary, both because of their size and their name. Up to 3 inches in length (including legs), hairy and long-legged with two sharp fangs, wolf spiders look much scarier than they really are. Though they too can bite, they’re naturally shy and will do what they can to stay away from people.

Wolf spiders are typically found indoors in fall when the temperature outside drops. They do not make webs but hunt on their own for prey.

Wolf spider bites are often mild and can be itchy and swollen, similar to a mosquito bite. If you are repeatedly seeing wolf spiders, its best to contact a pest control service to remove them.

Hobo spiders have a body that’s about 1/4 to 1/2 inch in length, and legs of about 1 to 2 inches long. They’re brown with black markings and can be hard to distinguish from other types of spiders. Hobo spider bites were previously believed to cause necrosis, however, according to Washington State Department of Health, there is no evidence that bites from hobo spiders can have this effect.

Hobo spiders are shy and stay far from people. They only bite when treated with aggression and trapped against the skin. Indoors, hobo spiders are usually found in dark corners, around foundations, in crawl spaces, garages, basements, and in unused closets. If you are bitten by a hobo spider, as is the case with any spider bite, seek treatment if you experience symptoms like difficulty breathing, chest pain, face or mouth swelling, difficulty swallowing, lightheadedness, vomiting, rash, burning, or fainting.

Black widow spiders are famously venomous and, if their bite is left untreated, can be dangerous. Adult female spiders are black with a tell-tale red or orange hourglass shape on the underside of their abdomen. Sometimes the hourglass shape is distorted to resemble one or two dots, sometimes the marking is yellow rather than orange or red. If you are bitten by a black widow, seek medical attention as soon as possible.

Black widows are shy, but will defend their nest aggressively and will also bite when trapped against your skin or when disturbed. They prefer dark spaces and can be found in basements, crawl spaces, eaves, sheds, rodent holes, and attics. You are unlikely to find a black widow in your living space, as they prefer darkness and solitude.

One way to tell if you have a black widow spider in your basement: their silk is especially strong and durable compared to silk produced by other spiders. It can stretch up to 25% of its length before breaking and appears thicker and easier to see than many other types of spider webbing. If you find an unusually bright, strong, string-like spider web in your home, it could be a black widow. Contact a pest control company to help get rid of these potentially dangerous spiders.

Are you seeing spiders in your home? Asking yourself, where can I find an exterminator near me? Around the end of summer and beginning of fall is a common time for homeowners in Spokane to see spiders coming indoors for winter.

EcoTek Pest Control offers eco-friendly pest control services to control pest populations like spiders and insects. Contact us today to find out what we can do to help you keep spiders out of your house.

Guide to Spring Pests in the Pacific Northwest
March 24, 2022

How to Winterize Your Home Against Pests
November 29, 2021